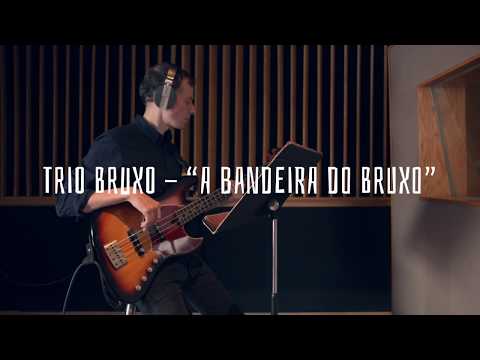 Founded by three of Montreal’s most in-demand musicians, Trio Bruxo is inspired by the Brazilian “samba-jazz” piano trios of the 1960s and 1970s. The group began their career exploring the diversity of the Brazilian songbook, from lesser known sambas and bossa novas to contemporary pop songs. They quickly garnered a reputation across Canada for the curatorial depth of their repertoire, and served as a rhythm section for like-minded artists: singer-songwriters Isaac Neto, Rômmel Ribeiro and São Paulo superstar Rael have all been cherished collaborators with the band. Their 2019 album, A bandeira do bruxo (The Sorcerer’s Flag) released on Ropeadope, marks the start of another chapter for Trio Bruxo, continuing their pursuit and promotion of creative Brazilian music. Their upcoming repertoire for 2022 will celebrate the 50th anniversary of the classic album Clube da esquina and will turn the band’s focus to music from Minas Gerais.