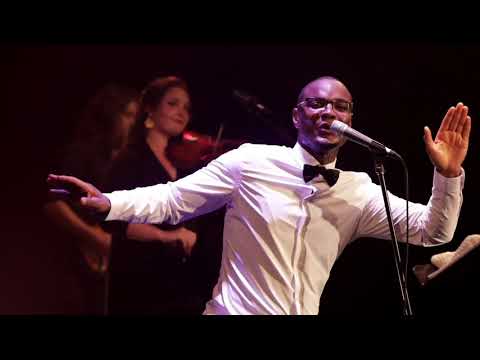 Trésor Otshudi is a Choir Director, composer and award-winning Singer.
He won the 100% Phenomene Television show on TF6, Pacifique en Chanson, in British Columbia with his song and original R&B concept Ndombolo. His first solo album entitled “Destin” is being listened to in the planes of the company Ethiopian Airlines. His music has allowed him to tour Europe, Africa, North America and recently Asia. In addition, his father, Pépé Felly Manuaku, is a legendary guitarist of Congolese rumba.
Trésor has a certificate of choreographic and artistic studies from the Choreia School of Performing Arts Professionals in Paris, France, a Business Diploma, a Bachelor of Classical Music from Trinity Western University.
And he’s doing a master’s degree in music and gospel at Liberty University.