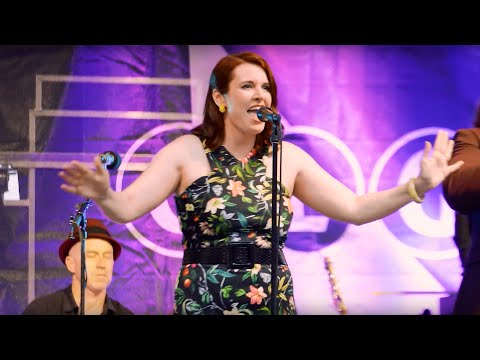 Tia Brazda’s jazz-pop gems and bold style have made a sparkling impression from Montreux to Montreal, paying homage to the golden era while remaining daringly modern. Her music has been described as “a hip pastiche”, and “as good as it gets” in swing jazz, a sound she honed in clubs before bursting onto the scene in 2012 with her #1 debut EP, the electro-swing flavoured ‘Cabin Fever’. Following that, she released the full-length ‘Bandshell’, which also debuted at #1, was named the #5 best Canadian jazz release of 2015 by Jazz FM 91 and one of the best of the decade by Rai Radio 1 in Italy. Her 2018 album ‘Daydeam’ continues to air regularly on NPR in the U.S. Brazda has performed at the Montreux Jazz Festival, Festival International de Jazz de Montreal (main stage), San Jose Jazz Summer Fest (rated “Best of the Fest”) and Bestival (UK).