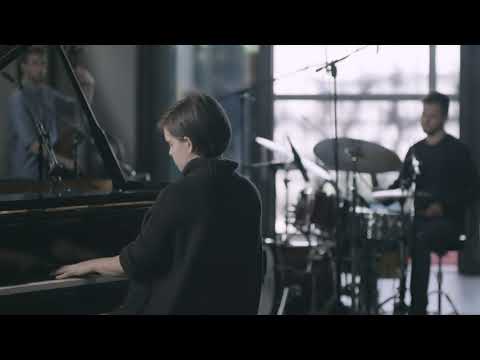 Award-winning pianist and composer Gentiane MG founded the Gentiane MG Trio in 2014, alongside bassist Levi Dover and drummer Louis-Vincent Hamel. With this group, MG has toured extensively in Quebec, Canada and Mexico. The trio has released two albums of original music, Eternal Cycle (Arté Boréal, 2017) and Wonderland (Effendi, 2020). The three bandmates explore musical freedom and communication using MG’s pieces as a foundation to build upon, conceiving of instrumental music as a vehicle for profound expression. MG’s compositions are rooted in the jazz tradition of songwriting and improvisation while influenced by impressionistic and romantic classical music.

MG has received several awards for her work with her trio, including the François Marcaurelle de la GMMQ Award in 2017, the Radio-Canada Jazz Award in 2018 and the OPUS Award: Discovery of the Year in 2020.