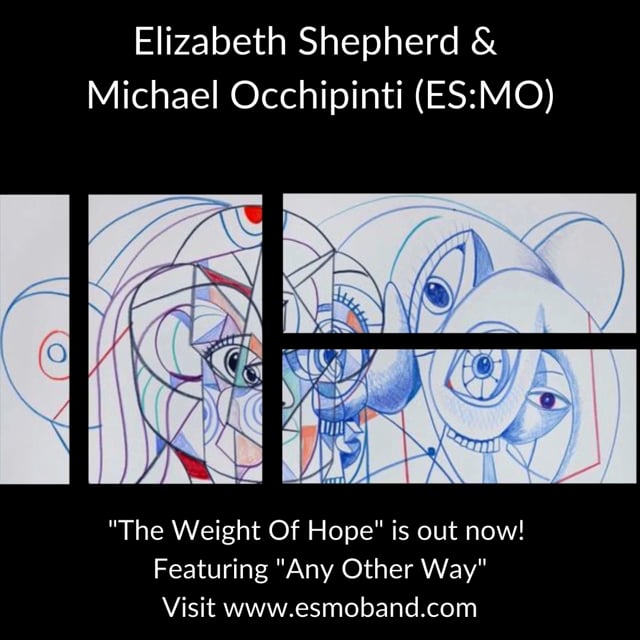 Elizabeth Shepherd and Michael Occhipinti (ES:MO) have been featured in each other’s projects for almost a decade. Their new duo album, The Weight of Hope, will be out October 29, 2021, and the two will be touring across Canada to support the album’s release.

ES:MO’s recording started in June of 2019 as the two entered the studio at the Banff Centre For the Arts to record the songbook they’ve built up over years of touring.  The completed album includes songs by Canadian legends such as Leonard Cohen, Bruce Cockburn, and Gordon Lightfoot, as well as the music of Stevie Wonder and forgotten Toronto soul legend Jackie Shane’s “Any Other Way.”  Michael and Elizabeth have also already started working on a new and very different second album, which will consist entirely of original music, much of it started last summer when the two bubbled together with their families at Elizabeth’s home in the Laurentian mountains of Quebec.